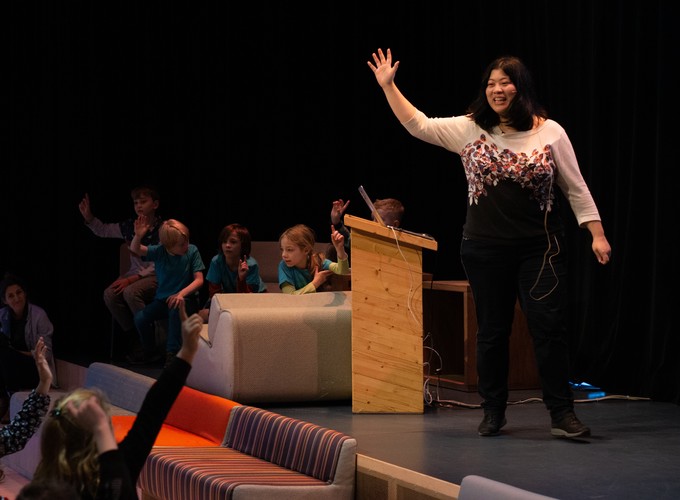 The computer science field currently suffers from a lack of diversity, which has been indicated as a risk towards realizing inclusive technological solutions. As a young girl, I myself had not been encouraged to look at this field, and accidentally realized it could be something for me at an open day at university (which I had attended to learn more about the Mathematics major).

We currently see far fewer girls than boys choosing for STEM majors at university, and it has been suggested that girls lose interest in STEM topics around the age of 15. However, there may be ways to keep these topics on their radar, for example by showing accessible and recognizable examples and role models.

With me possibly being able to be such a role model, I have consciously worked on being visible and accessible towards younger age groups. With children and teenagers actively engaging in digital information access (and enjoying music!), I also have consciously used my background in these topics to demonstrate that computer science may be much closer to daily life than one would normally think, and that everyday end users can play an active role in improving techniques further.

During a research stay in Bordeaux, I learned about the school-visiting activities of the Femmes & Sciences movement, and developed some educational materials on music search engines (in French) on my own, which I successfully ran in several workshops.

Following the enthusiastic response of students, back in The Netherlands, I further reworked these materials, discussed them with secondary school math teachers at the Nationale Wiskundedagen, and initiated the Youth Music Challenge, a design and modeling competition suitable for secondary school classes at all levels, in which teenagers are challenged to pro-actively think of ‘the music service of the future’.